Resources Is it Safe to Shower During a Thunderstorm? Everything to Know

Is it Safe to Shower
During a Thunderstorm? Everything to Know

According to the National Weather Service, the odds of being struck by lightning in your lifetime are 1 in 15,300.

While people love to relate the improbability of occurrences to the likelihood that you'll get struck by lightning, it is definitely a very real possibility. It is estimated that, on average, about 243 people are struck by a lightning bolt in the U.S. every year.

You've maybe heard that you should avoid bathing during a storm. Is it dangerous to shower during a thunderstorm, though?

Let's take a look at everything you need to know about whether or not you can safely shower during a thunderstorm.

Why Should I Be Concerned About Showering During a Thunderstorm?

The primary reason that thunderstorms are dangerous is due to the lighting that they produce. While thunder and lightning come hand in hand, lightning is the factor that poses the biggest threat.

Lighting can impact your health in a number of ways. This might mean being directly struck by lightning, a contact injury, or a ground current. Direct strikes are often fatal. Contact injuries are when you are touching something that lightning hits and ground currents are when lightning strikes the ground and passes through the ground to you.

According to the CDC, around 10% of people who get struck by lightning die. This is usually due to a heart attack. Other serious injuries can occur, like muscle injuries, eye injuries, but trauma, neurological syndromes, burns, and skin lesions. 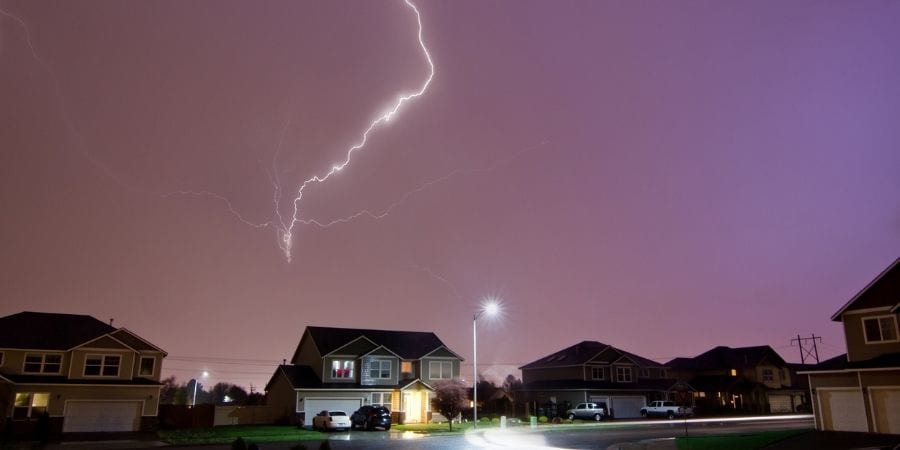 So, can you get struck by lightning in the shower?

The reason you should be concerned about getting showering during a thunderstorm is that lightning can travel through your pipes. This means that it can possibly strike you while you are taking a shower.

Metal in our homes, including plumbing, can act as a conduit for electrical current. While it's certainly not a given that you would get struck by lightning in the shower, it is possible.

Additionally, water can carry electrical currents. This means that a lightning strike can travel through both your pipes and the water that is coming out of your shower head.

How Does Lightning Get Inside Your House?

Lighting is always trying to find a way to get to the ground. If lightning happens to strike a building directly or enters through plumbing or wiring, the electrical current will always find the path of least resistance.

Lightning can get inside your house by:

Roughly one-third of injuries that occur from lightning strikes happen indoors. This means that even though being inside is a good idea during a thunderstorm, the risk isn't completely mitigated.

How does lightning cause injuries?

There are several ways that a person can get injured from lightning. These include:

In a fraction of a millisecond, lightning can deliver a massive electric pulse. If an electrical current passes through your body in this way, it generates heat which can both burn and destroy tissues. This can impact both your skin as well as internal tissues.

It is common for lightning to strike isolated or tall objects. This can mean striking towers, trees, flagpoles, shelters, fences, and bleachers. If you stand in an open field during a lightning storm, you might be the tallest object in the path of a strike.

One of the potential risks of your home getting struck by lightning is fire. Check out our fire safety tips here.

What happens to the body as a result of a lightning strike?

The exposure to the electrical current is typically very brief, which sometimes limits the damage to just the skin. Internal burns are more likely to be caused by injuries from generated electricity. A person can die from a lightning strike, though, as it can short-circuit the heart instantaneously.

Lighting can also cause damage to the brain and the nervous system, including causing loss of consciousness, seizures, and other potential abnormalities. 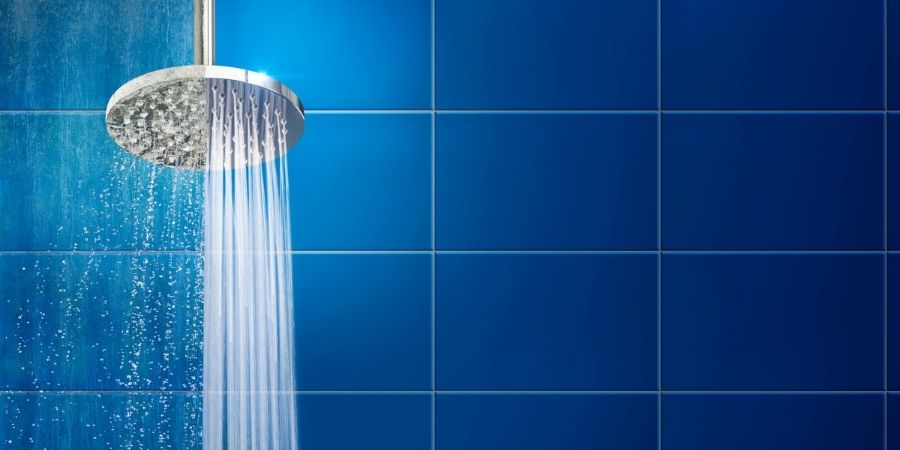 Let's take a look at some of the most commonly asked questions about lightning, showers, and safety.

How Likely Is It to Get Struck By Lightning in the Shower?

On average, about 35 people die every year in the US from lightning. While injuries from lightning strikes aren't well-documented, it is estimated that roughly 300 people suffer from a lightning injury.

It is very difficult to say how likely it is to get struck by lightning in the shower. Overall, the odds of being struck in any way are about 1 in 500,000, according to the CDC.

In an older New York Times article from 2006, a former meteorologist named Ron Holle who tracks lightning injuries made the estimate that every year between 10 and 20 people are shocked in the US while bathing, handling appliances, or using faucets.

Has Anyone Died From Showering During a Thunderstorm?

It's unclear whether or not anyone has ever died from showering during a thunderstorm. That being said, the above estimate that between 10 and 20 people are shocked while using water or appliances every year indicates that there is some risk. If you were to be shocked while bathing, there is definitely a possibility that it could kill you.

What Should You Not Do During a Thunderstorm?

There are a number of things you should avoid when there's a thunderstorm. These include:

If you are outside during severe weather, you'll want to stay aware of the situation. Go inside if you can, and find an adequate shelter if going inside isn't possible. If no shelter is nearby, leave elevated areas and crouch down so that you have minimal contact with the ground.

As you can see, while the risk might not be high when you shower during a thunderstorm, the potential consequences might be fatal. For this reason, it's best to avoid bathing or using water at all when a thunderstorm is occurring.

If you're looking for more at-home safety tips, check out the resources available on our blog.

Also, lightning is only one of the potential issues when a storm is happening. Check out our flood detector to help you minimize storm damage with early detection.