Do Outdoor Lights Deter Crime? How to Deter
Burglars at Night.

One burglary occurs every 22.6 seconds. With home invasions occurring so frequently, it's normal to want to take extra measures to ensure the safety of your family. There are obvious deterrents, such as home security systems, but can lighting possibly be a tool for preventing burglaries?

Authorities have often suggested lighting can be used to help to keep homes safe. But, many homeowners are questioning whether that is actually an effective burglary prevention strategy. Does lighting deter burglars because they fear identification or do lights simply let the burglar have a look inside so they can identify which items to take? As you look down your street to see if certain homes are illuminated, you might be wondering:

Take a look at the following data and burglary prevention tips. 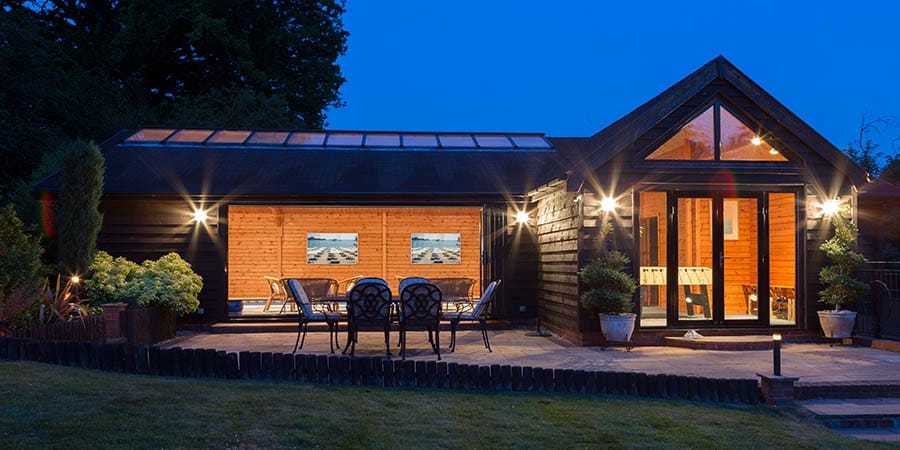 Do outside lights deter burglars?

One perspective to consider when evaluating the presence of outdoor lighting for burglary deterrence is the role of motivational factors. The data suggests that most burglaries are the result of opportunity, rather than a meticulous plan. For example:

This data indicates that typical burglars strike at homes they consider to be easy targets to make a quick grab and they don't even go very far from their home base to accomplish that.

One study surveyed convicted burglars to get their take on the subject. The research was conducted to gauge offender motivations and burglary deterrents. KGW8 News surveyed 86 burglars and collected their responses.

The burglars in this particular study did not come to a clear consensus on whether lighting was a sufficient deterrent: "Responses were mixed regarding lights on in a home. Some said it was a deterrent. But one burglar said the combination of lights on and blinds closed created an attractive location."

Every burglar who took part in the study said that they would knock on the front door prior to attempting a break-in and almost all would reconsider breaking into a home if a car was in the driveway.

Responses and data regarding average burglaries suggest that the most important element for burglary prevention is a presence within the home.

Burglars prefer to break in when the house is empty. Cars in the driveway and residents answering doors was enough to ward off some seasoned invaders. Most indicated a preference for working quickly and quietly and leaving before anyone even knew they were there.

In fact, according to FBI data, most break-ins occur during the day between 10 AM and 3 PM because it is when people are least likely to be home. For the average break-in, the presence of lighting is not even a factor as daylight would overshadow any security lighting.

So do outdoor lights deter crime? They can, but only for a small portion of potential burglaries.

The key to using lighting as a burglar deterrent is to ensure your security lighting design seems natural, and not just on 24/7. We'll cover that in the next section

Using this information, there are a few ways you can use lighting as part of your crime prevention strategy. 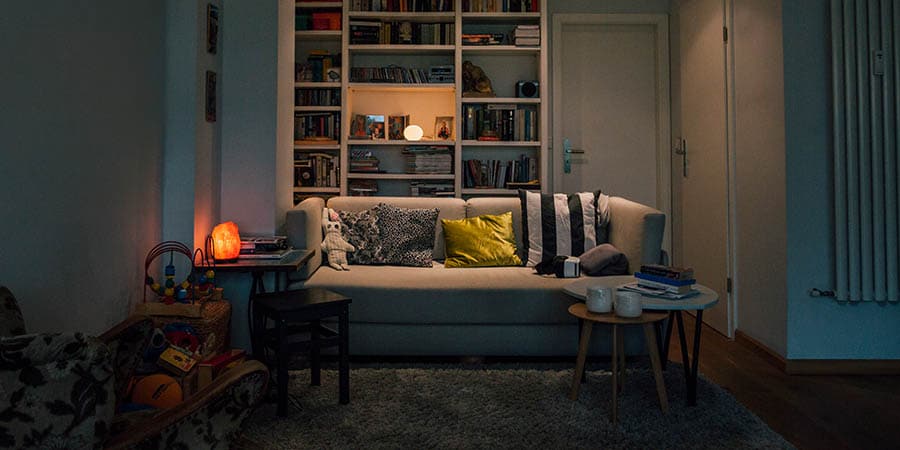 How to use lights to deter burglars

Wondering how to deter burglars at night? The best way to use your lighting as a burglary deterrent is to make it seem like someone is home.

Smart plugs are another option for remotely controlling lighting and electronics, such as TVs. Smart plugs offer an alternative to smart lighting for remotely managing electronics and lighting. These can be turned on and off randomly to make your home seem occupied.

Security cameras can help identify when lighting needs to be adjusted: Most modern surveillance cameras have live-streaming capabilities with custom alerts and notifications. If you notice any suspicious characters on your property via streaming, use your smart lighting or smart plugs to turn on electronics and lighting to give the impression of a presence.

Leaving on lights at all times doesn't seem to be an effective way to deter crimes. With a little planning and some home automation equipment, you can use lighting to your advantage and get better peace of mind.