Resources What Kinds of Home Security Sensors Do You Need?

What Kinds of Home Security Sensors Do You Need?

Are you working on protecting your property?

With so many devices on the market, it can be hard to know which sensors are right for your home or business premises. Not only do you want to get the best deal, but you also want to make sure your assets are secure.

We are here to help you navigate this tricky issue. Below, we present a must-know guide on home security sensors.

What Is a Home Security Sensor?

A sensor is any device that detects changes in the atmosphere or environment. These changes can vary in nature, from temperature changes to motion and even chemical changes. Once a change gets detected, a signal triggers a device, often a warning or alert system.

How they work depends upon the type of sensor. For example, thermometers are a sensor that use mercury to detect temperature changes. These changes show on a measured scale, allowing us to quickly process changes in data form.

As technology has evolved, sensors have become more sophisticated and even more useful. One such use is in home safety and security. Different types of home security sensors can alert us to any problems arising in the home that may be a cause of danger, from internal problems like gas leaks to external factors like intruders. 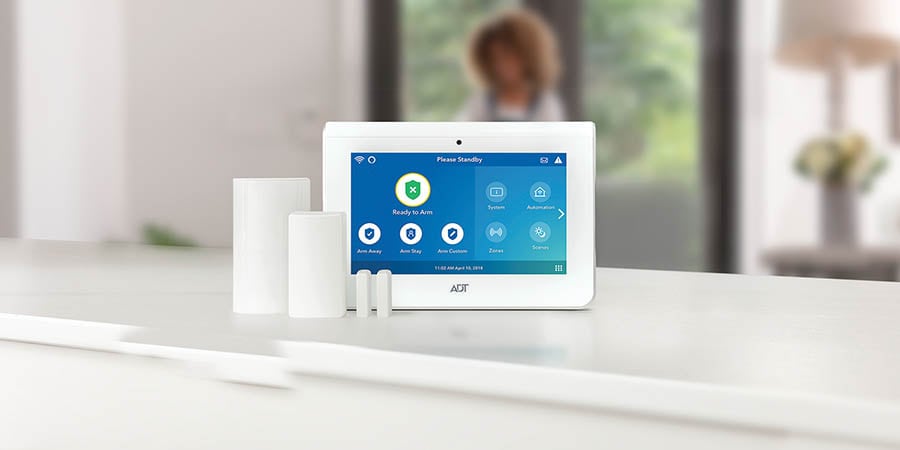 How Do Sensors Work?

There are a number of home security sensors available, and they can be as varied as motion detectors placed at the end of a driveway, to devices that detect breakages in glass and doors.

Each one has a very unique principle and may operate alone or as part of a larger system.

There are numerous motion detectors for home security on the market, and they often use the technologies mentioned above. The most common are passive infrared, due to their low cost and ease of use, and active ultrasonic.

There are a number of dual technology motion detectors available. These combine one or more of the above technologies for enhanced security. As both alarms need to be activated for sensors to sound, it makes them less prone to accidental alarms and much more trustworthy.

Infrared sensors are primarily used in motion detectors. They use infrared light to detect any change in the field. This is then relayed to the alert system and a warning is triggered.

Active infrared shines a light onto an object using an emitter and monitors the distance between the objects. This allows the sensor to see if the distance has changed and if the object is in motion. If so, it has detected movement and sends the signal.

These sensors are often used in robotics so that machinery can gauge distances. It can also be used in security motion detection to ward off people who get too close to a place or object. They are ideal if you want people to stay away from a feature or property.

Objects can give off natural infrared light, and passive infrared sensors use this to detect changes. They monitor the light given off by an object naturally. They require less power and equipment and are more common in security systems to detect organic objects.

Glass break detectors monitor either the sound or vibrations caused by a glass pane. If shattering or breakage occurs, the vibrations change, and specific frequencies are set off. This then triggers an alarm.

Glass break sensors are best placed on larger areas, such as big windows and glass doors. The small device will attach to, or sit very close to your windows. They have a limited range so you may need more than one.

Sensors that use vibrations usually sit directly on the glass, so they are not set off by vibrations from the floor or closing doors. Devices that rely on sound tend to be less prone to accidental alarms, as they need to hear the specific frequencies of breaking glass to trigger. 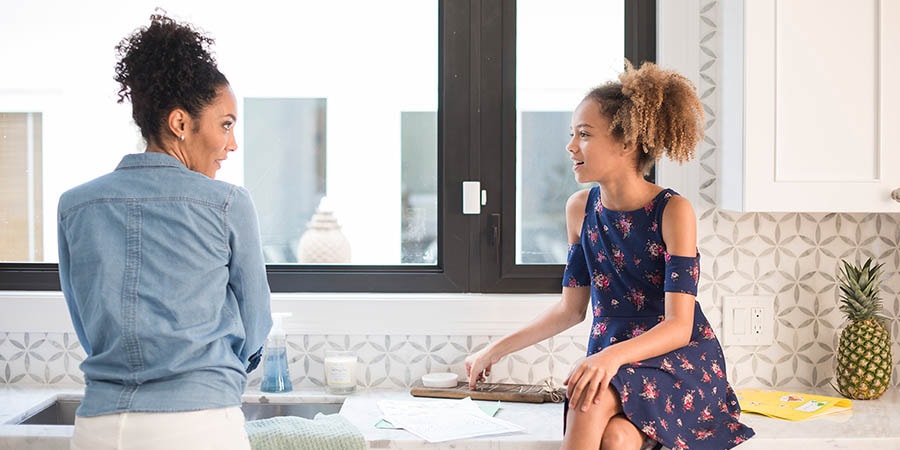 Window and door sensors trip when they are opened. They use a device known as a reed sensor. These switches are extremely common and have been around since the thirties.

Reed sensors work by having two magnets that are situated a little apart. The magnetic field pulls the two magnets together, and they close a circuit. In your door or window sensor, you have a reed switch and a magnet creating a closed circuit when the door is shut.

Heat and smoke detectors are two alarms in the home designed to protect you from internal threats and accidents. Heat sensors work by using a thermistor. This is a device similar to a thermometer, that triggers a signal when temperatures rise above a certain temperature (usually 58 degrees celsius).

Smoke detectors are a little more complex and come in two distinct types. These are ionized and photoelectric sensors.

Ionization smoke alarms contain a small amount of radioactive material. This creates an ionization chamber as it passes between two plates. Smoke particles entering this space become ionized themselves, disrupting the process and triggering an alarm.

Photoelectric alarms use a photoelectric sensor and a light source. When smoke enters the chamber it disrupts the path of the light beam. This is picked up by the sensor, which then triggers an alarm.

There are three main ways a carbon monoxide detector works. These are biomimetic, metal oxide, and electrochemical sensors.

Biomimetic uses a color-changing gel, which adapts when carbon monoxide is in the air. This also makes it the alarm, and they are often placed near boilers and furnaces.

Metal oxide semiconductors use silica circuitry to detect the gas. Once detected, this lowers the current in the circuit and triggers the alarm.

Electrochemical sensors use electrodes placed in a chemical solution. They sense changes in the electrical current caused by carbon monoxide and will trigger an alarm. 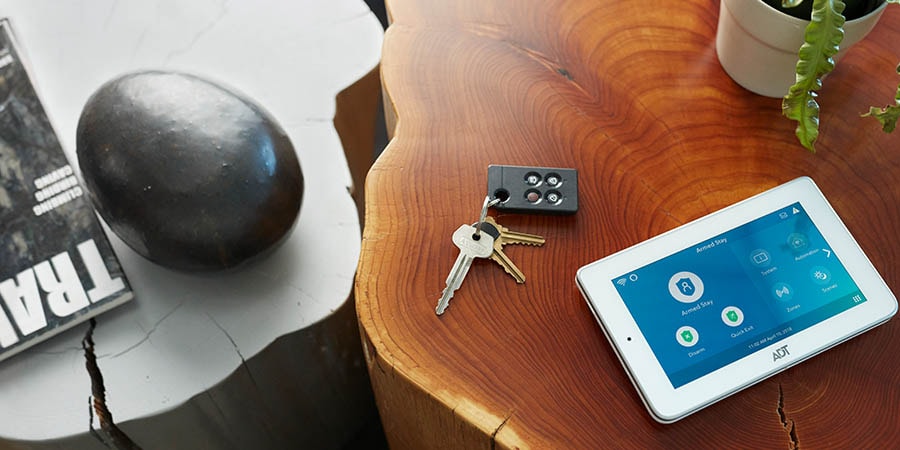 Which Is Better? Wired or Wireless Security Systems?

Wired security systems are all linked, and converge on a main security point or console. They wire into your telephone line, and as they do not use radio or internet connections, are extremely reliable. This also makes them less vulnerable to hacking than modern, digitally connected systems.

Wireless systems are extremely easy to install and move around, as they require only radio or internet connectivity. You can also monitor remotely, very often from your smartphone when you may be far away from the home.

Depending on the type of property, you will need a mix of home security sensors. As well as threats from outside the home, you need to stay safe from internal accidents. Do a full security audit to check you have everything in place, and revisit at least once a year.

If you are looking for security systems, ADT brings trust when it really matters. We have a number of systems and securities ready to safeguard your home.