Even if you are educated on fire safety, when a fire starts and panic sets in it can be easy to become disoriented. Our tips will help you know what to do during a fire to keep you and your loved ones safe.
Skip to main content

Resources What To Do During A Fire

What to Do to Stay Safe During a Fire

Most people know the basics of fire safety such as a fire safety plan, call 911 and a designated place to meet. But when a fire actually happens, you can easily become disoriented and panic can set-in.

Here are the five things you need to be aware of during a fire:

4. How to Exit During a Fire

In movies and TV shows, the fire smoke typically seems pretty thin. However, in real life, fires create thick black smoke that can limit your visibility to just a few inches, according to the U.S. Department of Homeland Security.2 To prepare for this situation, you and your family should practice exiting the house with your eyes closed. Further, you should stay low to the ground, crawling whenever possible, as this is where the smoke and its toxins are thinnest. 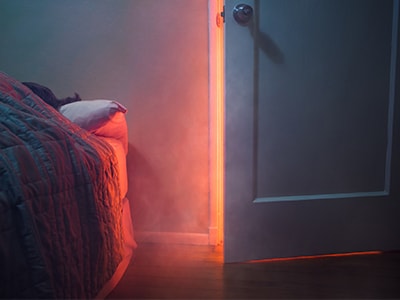 It takes just 30 seconds for a small flame to turn into a major fire according to the U.S. Department of Homeland Security. In just a few minutes, your home can be filled with smoke or engulfed in flames.2 Because of this, you should evacuate the house as quickly as possible—don't try to gather any belongings. Instead, follow your exit plan and call 911 as soon as possible. It's important to get out of the house as quickly as possible. You should crawl on your way out, as smoke and toxic fumes will be more potent near the ceiling. As fire and smoke spread throughout your home, you may quickly become disoriented. Fire consumes much of the available oxygen in the air, leaving your own levels precariously low. As you try to breathe, you'll end up inhaling toxic fumes, which can cause coughing, vomiting, nausea and confusion, according to the Michigan State University Extension.3

As you evacuate your home during a fire, you may come across fallen debris or flames that are blocking doors or hallways. Don’t try to cross debris during your escape. For this reason, it's important to establish and practice a secondary escape route, even if it's through a window or onto a neighboring roof. 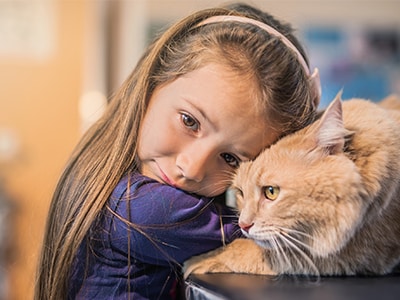 Between the smoke, sounds of smoke detectors going off and being disoriented, children and pets can easily be lost or confused. On top of that, children are often afraid of firefighters due to their protective gear. To help kids move past this fear, explain that firefighters are friends and that they're there to help. You may even want to take your children for a visit to the fire station to familiarize them with fire gear and talk to the fire fighters about how they are trying to help them.

Pets are harder to train for an emergency. Evacuate as planned, then let a firefighter know where your pet might be hiding in the house. You can order pet safety decals on MyADT.com or download below to identify how many pets are in the home.

Remember, fire spreads quickly and can cause disorientation in seconds, so it's best to leave their rescue to the professionals.