Did you know that a burglary happens every 25 seconds? Or that the average burglar is under 24? Find out how to help protect your home.

We'll go over some home burglary statistics and facts, then answer your most pressing questions, like how to prevent break-ins from happening in your home. But first off, do you know the difference between a burglary and a robbery?

What's the difference between burglary and robbery?

The FBI defines burglary as " the unlawful entry of a structure to commit a felony or theft. To classify an offense as a burglary, the use of force to gain entry need not have occurred. . . [There are] three subclassifications for burglary:  forcible entry, unlawful entry where no force is used, and attempted forcible entry.” Structures include your house or apartment, as well as a barn, or another permanent residence, excluding cars. [1]

A robbery is "the taking or attempting to take anything of value from the care, custody, or control of a person or persons by force or threat of force or violence and/or by putting the victim in fear." Treated as a felony, it includes hefty fines and sometimes imprisonment.

Burglaries happen worldwide, but that doesn’t mean you have to live in fear. We'll arm you with knowledge about home break-ins and give you some tips and ideas on how you can help protect your family today.

Every 4.4 seconds, a property crime occurs.

Property crimes—including burglaries and larceny-theft—resulted in $15.8 billion in losses in 2019 [1]. 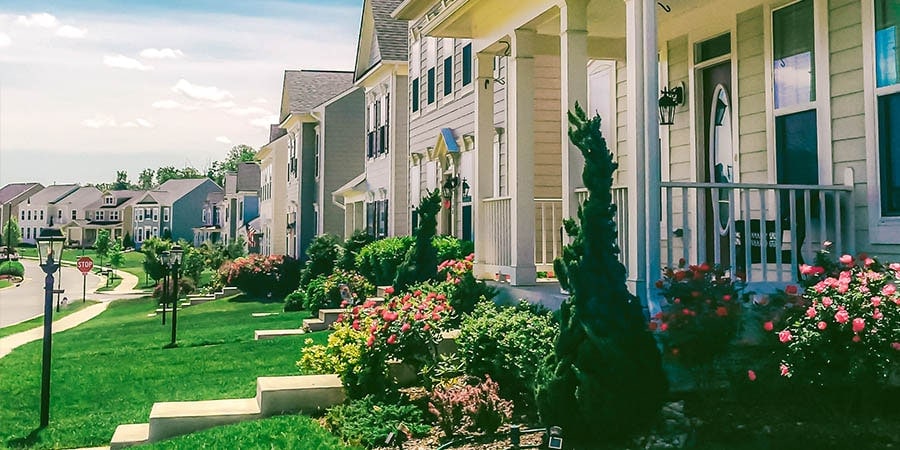 The profile of an average burglar

What do you think of when you think about a typical burglar? Do you picture the masked bandit popularized on television or someone closer to home?

The modern burglar adapts to technology, circumstance, and opportunity, so it’s important to be watchful in your neighborhood.

Most burglars are males between 18-24 [2]. Many of them already have an arrest record. About half of them admit they engaged in a residential burglary the previous year [4].

What else do burglars buy with money from stolen goods?

While  64% of burglars use the money they get on drugs, here’s a quick breakdown of other purchases made using cash from stolen items [4]. 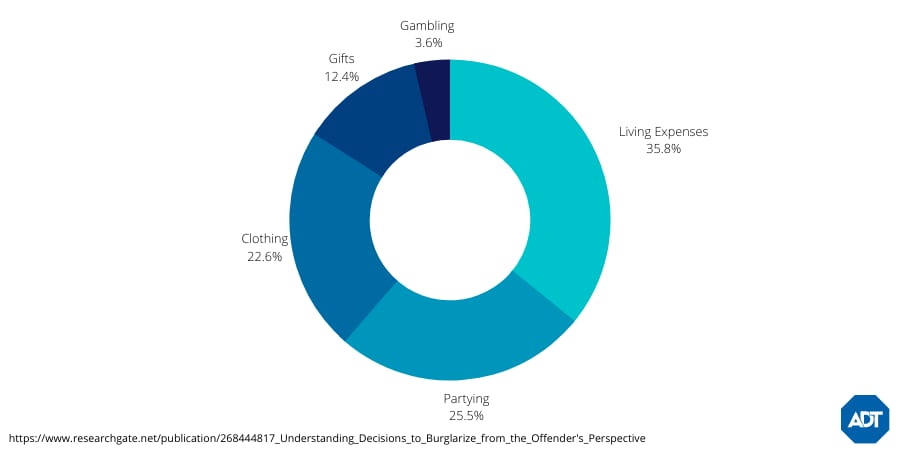 What are the chances your house will be robbed?

The good news is that the FBI’s statistics seem to point towards fewer burglaries, but that doesn’t mean you should let your guard down. If you know when a thief commonly breaks in, you can keep an eye on your home, especially during those times.

1. What time of day do most break-ins occur?

Many break-ins occur during the day when parents are at work and kids are in school. The most common times are between 10:00am-3:00pm, and specifically after lunch, 12:30-1:00pm.

Most burglaries occur during summer, decreasing almost 11% in winter, 9% less in spring, and 6% lower in fall than in the summer months. Robberies don’t statistically differ from season to season.

Do burglars case your home?

When a burglar cases your home, it means they are keeping an eye on it as a potential target. The thieves take note of your work and sleep schedule, so they can choose the perfect time to break in and take your possessions.

What can I do to prevent a residential burglary?

Since many burglaries happen because of open windows and doors, it’s important to lock them—even when you’re home. Here are a few other tips and tricks you can do:

And a few more tips from a police department:

What are the top 10 states with the highest and lowest burglary rates?

Some neighborhoods are more susceptible to residential burglary. The highest state per 100,000 people in 2019 was New Mexico at 696.8 burglaries, while the lowest state was New Hampshire with 126.3.

If you check out your local county’s police blotter or police department website, you can get an idea of current crime in your neighborhood. A crime map is a great way to see a localized view of your neighborhood.

These states have the most burglary rates, per 100,000 people

These states have the lowest burglary rates, per 100,000 people

What are the top 10 cities with the highest and lowest burglary rates?

Lake Charles, Louisiana, has the highest rate of burglaries per 100,000 residents, at 1117.7. With Fairbanks, Alaska, on the lower end of the spectrum with 529.7 burglaries. 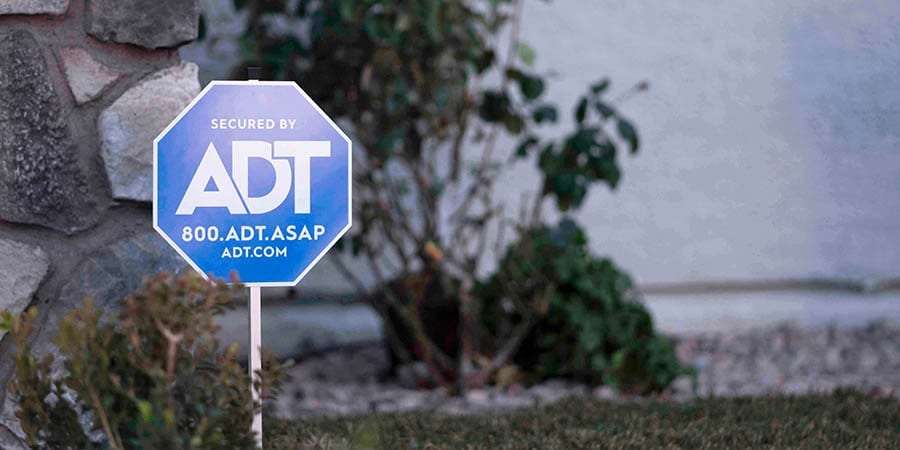 ADT is here to help.

From giving you a better understanding of why thieves target homes to offering safety tips to help keep you and your home safe, we hope that these home invasion statistics and facts have given you the tools you need to help protect your home.

Want to take your home’s security to the next level? Give us a call; ADT gives you protection you can trust from the leader in smart home security.

Making a home is when a would-be thief places a mark or symbol (commonly in chalk, but also flyers) onto surfaces around your property—like the side of your garage, a mailbox post, garden shed, or even the home itself. Be on the lookout for these markings and remove them promptly if found.

2. What is the likelihood that your home will be burglarized?

The U.S. Department of Justice says that 0.82% of households experienced burglary in 2019 and that this number is the lowest it’s been since 1993. And while this is great news, over 1.4 million homes are still burglarized every year.

3. How long does the average home burglary take?

Most thieves want to snatch small valuables quickly and leave before being caught. The average burglary takes between 90 seconds-12 minutes, according to the FBI [2].

4. How do burglars break into homes?

Many home invasions happen because burglars walk through open doors or unlocked windows. But they also kick down doors or break windows, too.

5. What do burglars steal from your home?

Residential burglars most often go for cash, as well as electronics like phones and laptops, prescription drugs, jewelry, furs, and firearms.