Resources Texas Cities Everyone Is Moving to Right Now

Texas Cities Everyone Is
Moving to Right Now

The population in Texas is now about 29.1 million [1]. 2019 was the seventh year in a row that Texas welcomed over half a million new residents to the state, which just goes to show you how popular moving to Texas has become over the years [2].

So why are people moving to Texas? We’ve compiled ADT’s top ten reasons you might join the millions of other people who call Texas home.

Ten reasons to move to Texas

Texas is one of several other states that don’t require someone to pay state income tax, potentially saving you hundreds or thousands a year. Instead, it requires higher sales taxes controlled by the local government and higher property taxes.

3. If you like warm weather, Texas has plenty of it.

Even winters tend to be mild in many parts of the Lone Star State. Warm temperatures in the summer often continue well into October, rarely exceeding 50-degrees outside of The Panhandle.

Many large metro cities in Texas have unemployment rates lower than the national 4.2% average, including Austin-Round Rock (3.2%), Dallas-Fort Worth-Arlington (3.9%) and San Antonio-New Braunfels (4.1%) [4].

5. There’s an eclectic and delicious food and drink culture.

If it’s one thing that comes to mind about the Lone Star State, it’s got to be their world-famous barbecue. Texas is also home to incredible chili (the state Texas dish) and, of course, Tex-Mex.

Next time you’re in Austin, try Franklin Barbecue for a classic taste of Texa barbecue. Christie’s Seafood & Steaks is a Hoston institution, serving food for over 100 years. Or try your hand at The Big Texan Steak Ranch’s 72-oz. Steak Challenge in Amarillo. The Blue Bonnet Cafe in Marble Falls serves up all-day breakfast. Torchy’s Tacos represent the perfect example of Tex-Mex fare all over Texas since you can find them in over 80 locations over seven states.

You can find a sports bar playing the latest game, with plenty of other fans cheering their favorite team on. There is a serious sports culture in many cities, with popular football, basketball, baseball and even hockey teams enjoyed throughout the state and beyond.

Consider the Dallas Cowboys, winners of five Super Bowls and popularly referred to as America’s Team for their wide-reaching fanbase. The Houston Texans are also a fan-favorite team.

If you’re more of a basketball fan, Texas is home to the Dallas Mavericks, Houston Rockets and San Antonio Spurs, all with various championships under their belts, too.

The Houston Astros and Texas Rangers are two of Texas’ most popular MLB baseball teams. MiLB is also popular and includes the El Paso Chihuahuas, Round Rock Express and Sugar Land Skeeters, among other beloved teams.

Texas has many well-rated universities like Rice University and Texas A&M University, consistently ranked in many top college lists.

9. Many different indoor and outdoor activities.

Because of the warm weather, the state is popular for many year-round activities, including hiking and biking. Many festivals and conventions call Texas home, such as Austin City Limits, South by Southwest (SXSW), Kerrville Folk Festival, and Anime Matsuri.

10. Texas has a high diversity ranking.

WalletHub rates it as the second most diverse state in America, using socioeconomic, cultural, economic, household, religious and political diversity in their ranking system.

With an affordable cost of living, no income tax and plenty of cultural and recreational activities to do, it’s no wonder why so many people are moving to Texas. What is the best city in Texas?

Everyone has a different opinion on what makes a place the best for them. Are you focused on nightlife or culture, or affordability and education? Whether you’re looking for a safe place for your family or world-class college education, there’s a city in Texas for you.

We’ve compiled a list of stats about Texas to help you make your decision on where to move, exploring the reasons why Texas is so loved and giving you a glimpse into the safest and most dangerous Texas cities. Here are a few more statistics about crime in Texas.

What are the safest cities in Texas?

While the FBI and Census Bureau are great for keeping tabs on yearly statistics, we’d also recommend checking out a local crime map for more up-to-date information.

According to the Crime in Texas 2020 Report, Humble has the highest overall crime rate while Colleyville has the lowest reported crime [5].

This data was calculated by eliminating towns with less than 10,000 residents. 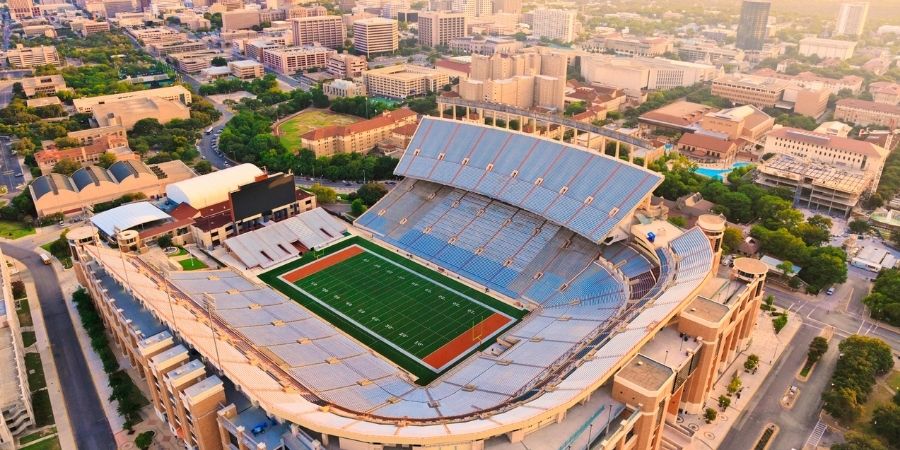 Is Texas an affordable place to buy a home?

Yes! You can actually afford to buy a home in Texas.

So what is the real estate market like in Texas? Austin-Round Rock is estimated to have an increase in home sales of 4.7%, while Dallas-Fort Worth and Arlington are estimated to increase by 8.3%.

How much does it cost to live in Texas?

If you’re looking to buy a home in Texas, you’ve got plenty of affordable options. And since Texas is so large, there are a lot of costs to factor into your moving decision. So you’re ready to move to the Lone Star State! But is moving to Texas worth it? And when is a good time to move there? In this section, we’ll go over those details.

So what are some things you should know before moving to Texas?

Like anywhere you’re making your new home,  it’s important to get involved in your community and explore the culture of your new home. Texans will welcome you with open arms as long as you’re open-minded and willing to embrace Texas culture!

When is a good time to move to Texas?

When moving to Texas, you should hire movers several months in advance. This will give you a better chance of getting a good deal and shopping for a company that best fits your needs. If you want to avoid the scorching temperatures of a Texas summer, fall is a good time to move.

How much savings do you need for your Texas move?

In most situations when you move, you’ll need money for your security deposit, as well as the first month’s rent. Since the average rent in Texas is $1,045, you’re looking at at least $2,090 for your apartment or rental. On top of that, you’ll need money for the moving company, which could range from $1,000-2,000 for a full-service moving company.

Texas has many things going for it, from its diversity to the low cost of living. If you choose to move to Texas, you’ll find it a warm and welcoming environment.

If you want help protecting your new Texas home, ADT is here for you.

Texas is a friendly state and has even won awards for being friendly. Many Texans are happy to greet a new neighbor and won’t hesitate to invite you over for a tasty bite.

Why are Californians moving to Texas?

Californians are moving to Texas for its lower cost of living, larger homes and better employment opportunities.

Why are companies moving to Texas?

Texas consistently rates as the #1 state for business in America, mainly due to its low housing costs and tax rate and appealing business climate.