Trapped inside were their three beloved pets...

It was midday on New Year’s Eve in Flemington, NJ when fire broke out in the home of John and Kathy Suchorsky who were away. Trapped inside were their three beloved pets; Riley, a golden retriever along with two cats; Cleo and Romeo.

As the fire raged, a signal from the home’s security system went to ADT’s Customer Care Center in Rochester, New York.

Dispatcher Bob Duerr received the alert and tried contacting the home and cell phones for John and Kathy Suchorsky. Unable to reach anyone, Bob called local authorities. Even though he was told first responders were on their way, Bob kept trying John and Kathy’s contact list. He finally reached their daughter who then called John to report his house was on fire. 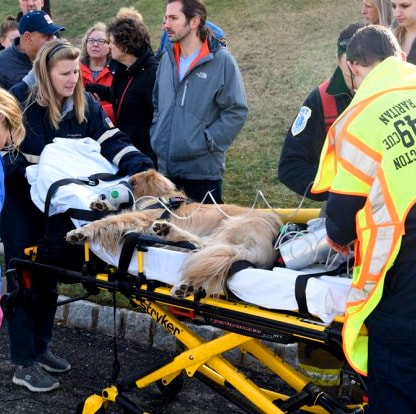 An hour away, John called rescuers and stated the pets were home alone. When firefighters went in the burning house, they found Riley and Romeo under a Christmas tree.

“The dog and a cat were huddled together almost like protecting each other,” said Deputy Chief Keith Paradiso, Raritan Township Fire Company.

Firefighters brought Romeo out first — he was burned and suffering from smoke inhalation so they used a special mask to give him oxygen.

Then came Riley. Onlookers gasped as they saw the heart-wrenching scene.

“When the dog came out, he was limp and not responding well,” said Kathy Miller, Raritan First Aid and Rescue.

Within minutes, the oxygen mask resuscitated Riley. Neighbors comforted him as he was wheeled away on a stretcher. 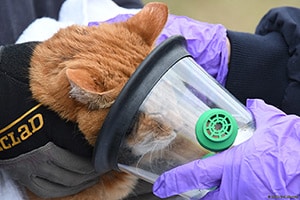 The second cat, Chloe, was rescued from the basement. After significant veterinary care, all three pets survived. The family attributes monitored protection from ADT for helping their pets not be part of the 500,000 killed every year in home fires.

“Our gratitude to ADT and first responders is just too immense for words.” John said.

“It’s very emotional for me, personally,” said First Aid Chief David Giuliana. “I have dogs and if my dog were in a fire, I would certainly want all the first responders to do what they can to assist.” 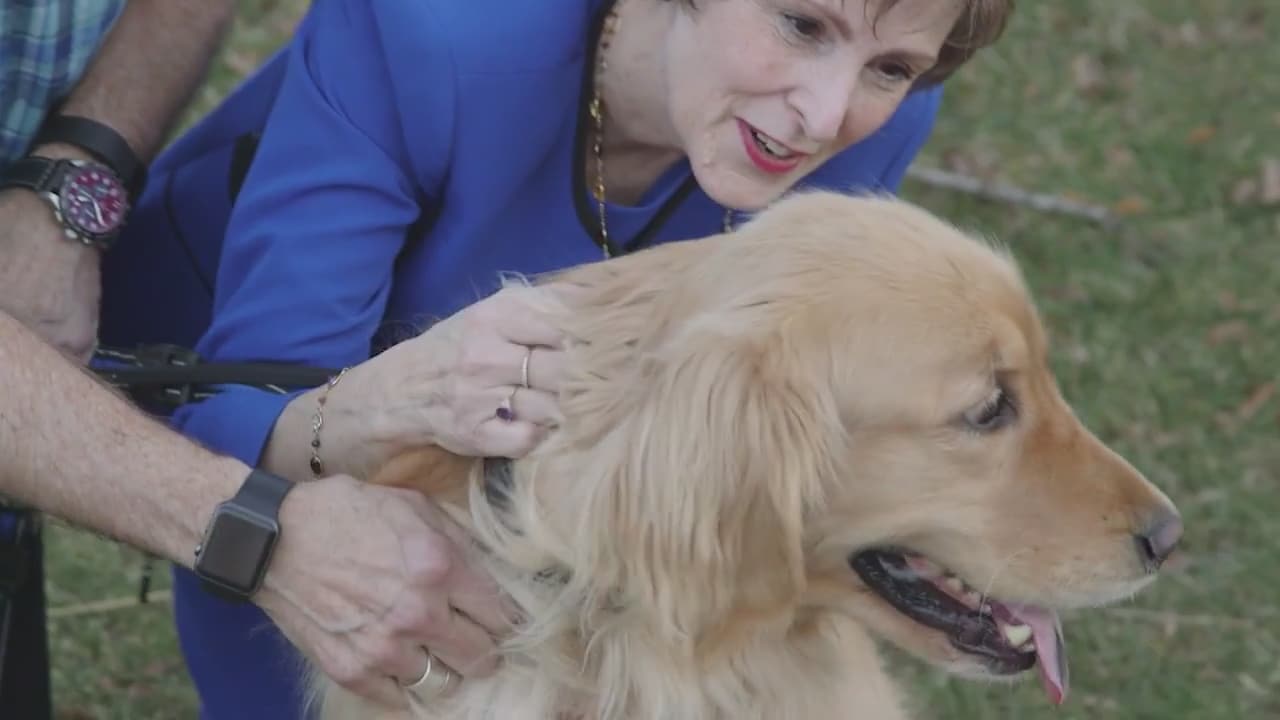 To celebrate the successful outcome, an ADT LifeSaver event was held at the Suchorsky home in February. Dozens of first responders, neighbors, ADT employees, the news media – even the town mayor - came to see a fully-recuperated Riley meet Bob Duerr and his rescuers for the first time.

“The community opened up their arms and helped us survive this potential tragedy,” said Kathy.

To show their appreciation, John and Kathy donated $1,000 each to two first responder agencies and their four grown daughters kicked in another $500. On top of that, ADT presented a check for $5,000 to the volunteer fire department. 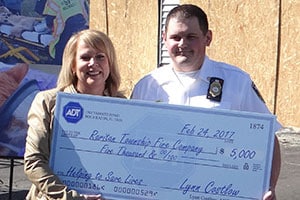 “We thank them for their life-saving service and a job well done,” said Lynn.

In addition to Bob Duerr, Lynn also presented LifeSaver Awards to Mark Mayer who sold the Suchorsky family their ADT system and Jimmy Stanton who serviced it. Both work out of the Somerset, NJ office.

Not only are John and Kathy grateful their pets survived, but they also appreciate that many of their treasured possessions, including artwork and boxes of irreplaceable photos, were not destroyed i n the fast-moving fire.

Their house is boarded up and it will likely be 18 months before they can move back in, but John and Kathy said what’s really important is that Riley, Cleo and Romeo survived the fire and will be with them for years to come.