This is a story of fortune and fur. The fortune is how early detection and quick action saved one family’s home from a basement fire and the fur is something we all understand, keeping a defenseless family pet safe and out of harm’s way.

It was a normal workday for Dave Carrescia*, his wife and three children. That morning everyone went their busy ways, the kids to school, Dave’s wife Lawton left for her teaching job and Dave made his way into New York City as he always does, a commute about ninety-minutes or so away. An average day for a happy, healthy household in Greenwich, CT. That quickly changed. 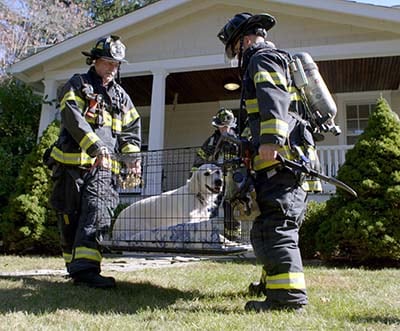 It was not a false alarm.
Dave was in his office above Penn Station, never for a moment considering something could be wrong back at home. As Dave says, “The phone rings, I look down on it and the caller ID says it’s ADT. My initial reaction is, it’s a false alarm, it’s a spider. Everything is okay, thank you very much.”

But things were not okay, at all.

An electrical surge caused an old power strip in the Carrescia’s basement to fail, filling the basement with smoke. Although there were un-monitored smoke detectors in the basement, Dave says it best, “These are essentially the trees that were falling over in the woods that no one could hear, while I was two hours away and the fire was growing.”

The smoke quickly overtook the basement and rose up the stairs to the main floor where a good-natured Maggie was sleeping in a crate placed in the kitchen. Soon the house was half full of smoke and rising to the second level. The Carresia family were all unaware of the second by second danger to their pet and home while unmonitored alarms screamed loudly in their basement. 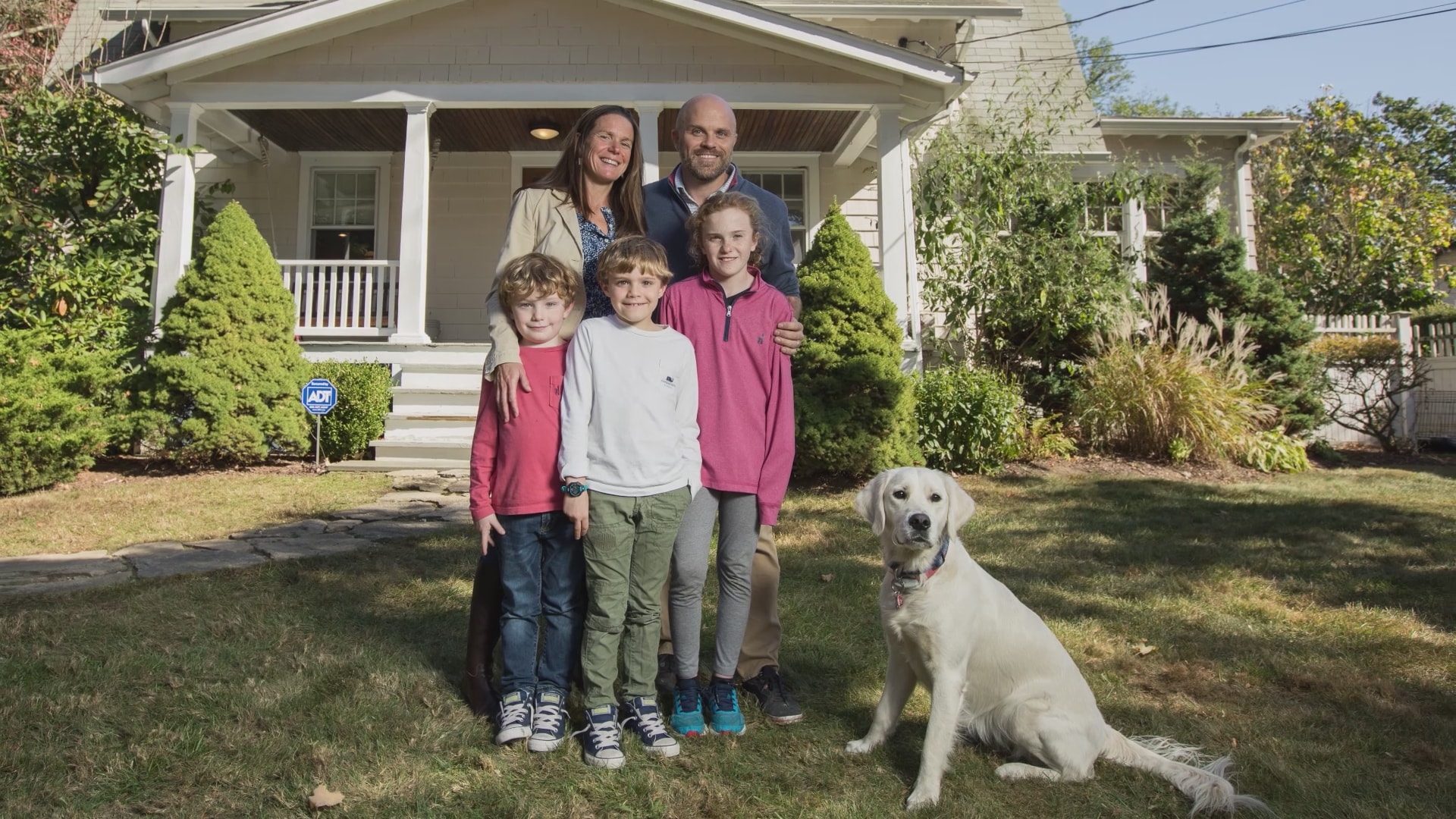 At ADT, we believe everyone deserves to feel safe.

Quick thinking saved Maggie.
Here’s the good part. An ADT professionally monitored smoke and heat detector was positioned on the ceiling right outside the basement steps. It was this ADT smoke detector that triggered the call to Dave and the fire company, good news as the family soon learned, because every moment is precious in these situations.

Said one Greenwich firefighter, “It was not a minute too soon. A fire typically doubles in size every 60 seconds. So the earlier you receive a fire alarm and get us here to deal with the situation the better. This could have been a much more serious fire. Fortunately, we were able to force entry into the house, remove their pet in its cage to safety and put out the fire in the basement.” 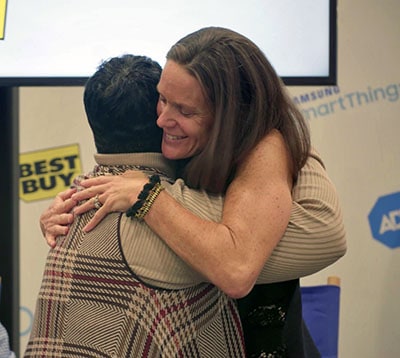 A happy ending is our kind of ending.
At the LifeSaver celebration at the Best Buy in Columbus Circle, Dave’s wife, Lawton, and their three children, along with Maggie, warmly greeted their rescuers for the first time since the fire. They also met Leatrice Johnson, the ADT dispatcher who flew in from ADT’s Customer Care Center in Jacksonville, FL, where the fire alarm was received. For reporting the fire which helped save Maggie, Johnson was presented ADT’s highest honor, a LifeSaver Award. 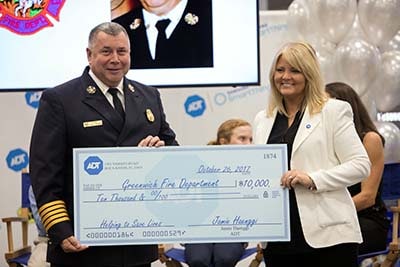 “At ADT, we believe everyone deserves to feel safe,” said Jamie Haenggi, ADT Chief Sales and Marketing Officer. “When every second counts, monitored protection can be the difference between protecting the things and people you love the most, and a more serious situation. We are so happy ADT was there to help the Carrescia family.”

Says a thankful daughter Lawton, “I think we are most grateful for the home security system that we had. Never once did I think about a fire in my house, never once. I am so super grateful we had that connected and I know from the fire department that’s what saved us. We didn’t lose a person. We didn’t even lose a pet. Everything we lost is replaceable. We feel very lucky. 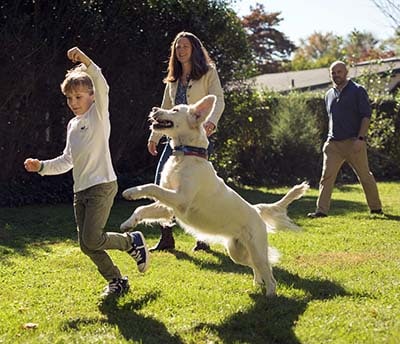 We think Maggie would agree too.