The Scariest Movie Of All Time “It was March 7, it was a crazy day,” said homeowner Michelle McManus, “the kids didn’t have school that day because of a snowstorm. Then, around 2:00 pm the lights started flashing and the power went out. Usually when the power goes down you count to five and the generator goes on. This time it did not and we had to go outside and manually override it. We went back inside and did our thing until later that night.”

After dinner they went downstairs to a watch a movie. In hindsight downstairs was the exact wrong place to be.

“The telephone rang and I was initially, who is calling me? I looked down, it was ADT,” said Michelle. “She asked me if I was home, asked me my name, and then told me we had to get out of the house right now, they were registering a carbon monoxide alarm inside our home.”

“When this was happening I was scared but I was trying to make my family safe,” said daughter KK McManus. “I was freaking out, I have two dogs that I love and I kept trying to get them out of the house.”

The local fire department was notified by ADT. And according to the the firefighters on the scene, as soon as they walked in, the detector started beeping. “After hearing the day’s events, the Chief said we should check the generator as a possible source,” said firefighter Michael Collis. 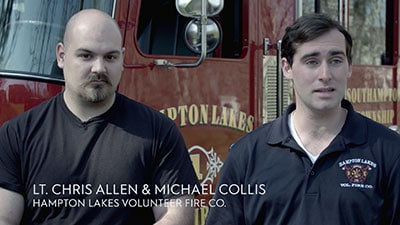 “I feel ADT helped save our lives.” 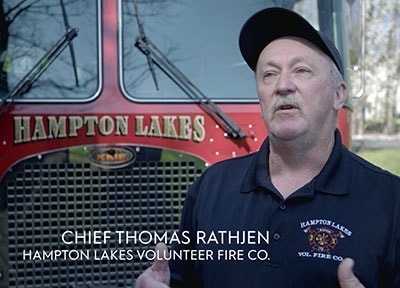 “What did go right,” said the Chief, “were two things -- ADT notifying the family that an alarm was going off and they had CO levels in their house and then notifying our central dispatch to get us here in time.”

“If I got to meet the person who talked with me from ADT I would probably give her a big hug and thank her for putting up with my sassiness and getting us out of the house,” said Michelle.

Later at a LifeSaver Celebration, Christine Laboussier, ADT Dispatcher, Knoxville said, “this entire experience has been incredible, it feels really good that my job saves lives and so meeting the family was wonderful.”

For the McManus family, the firefighters, the dispatcher Christine and all of ADT, it was a happy ending to Movie Night. And for that, we are all grateful.